There is such a thing as seeing all beautiful around you – pleasant woods, winding white paths, green lawns and blue sunshiny sky – and not having a free moment or a free thought left to enjoy them in. The children are constantly with me, and more riotous, perverse cubs never grew. .. I said in my last letter that Mrs Sidgwick did not know me. I now begin to find she does not intend to know me, that she cares nothing in the world about me except to contrive how the greatest quantity of labour may be squeezed out of me, and to that end she overwhelms me with oceans of needlework, yards of cambric to hem, muslin nightcaps to make, and above all, dolls to dress. I do not think she likes me at all.

Just published, in ‘Piecework’, July/August, 2017 – I have a piece about Charlotte Bronte and – possibly –  her ‘dolls to dress’.

In 1839, Charlotte Bronte was 23 and embarking on life as a governess. She took a temporary job with the Sidgwicks of Stone Gappe Hall, in Lothersdale. Mr Sidgwick was a mill owner in Skipton.  Her time at Stone Gappe was miserable.

Some time ago, a dolls’ house from Stone Gappe was acquired at auction by Temple Newsam House, in Leeds.  The house itself is an eighteenth century ‘Baby House’ (essentially a sort of cupboard-as-dolls’-house).  I haven’t permission to put up an image of the house or dolls, so you will need to check it out in ‘Piecework’.  We took photos for our own reference, which we can’t publish, but I will use these as the basis for working out an 1830s’ dolls’ dress pattern for anyone interested, like those possibly made by poor Charlotte.

We went to Temple Newsam to look at the Baby House and dolls, with the help of one of their lovely curators. I hoped to use all my clothing historian fu, to try and figure out whether one or both of the dolls, may have been contemporaneous with 1839, so possibly, have been one of Charlotte’s loathed ‘dolls to dress’.  Looking at the fashions worn by the dolls – I came to an interesting conclusion.

The two dolls themselves are handmade, but have some features in common with European – particularly the wooden Grodnertal – dolls of that era. If you search online for ‘wooden tuck comb dolls’ or ‘Grodnertal dolls’, you will get some idea of how dolls of the 1830s looked. The dolls’ clothes were made from cotton and linen prints, and wool fabric – their facial features embroidered in Berlin wool. They seem to have human hair – not uncommon for 19thC home-made dolls. One doll appears to be a cruder approximation of the other, and the style of their clothing is rather fanciful. Rather than entire gowns, both dolls wore a skirt and corset-like tops.

The dolls piece was my own little tribute to my dear friend, Caro, who died nearly two years ago.  I inherited a few of Caro’s Hitty dolls, and have fond memories of an evening spent learning all about them, from her. Caro had a love of carved wooden dolls of the nineteenth and early twentieth century, as you can see from her Pinterest board.

I missed her riding shot-gun on this one – she would have loved behind the scenes at Temple Newsam, and getting to hold the 19thC dolls in her hand.  She would have been far more knowledgeable about the Baby House itself, than I ever could be – and would have loved the little kitchen with all its miniature eighteenth and nineteenth century accoutrements. Then we’d have gone to the cafe and she’d have driven me mad by being her inimitable self; chatting to all and sundry. She had a marvellous way with curators. And would keep them deep in mesmerising chat so I could concentrate with documenting whatever it was I was there to document, without having the distraction of having to be make smalltalk, myself. (Useful as time can be limited when you are in somewhere, documenting an item, and those dealing with you have other places to be and other things to do).

There is always an absence beside me now, when I research.   But this is one I’d never have done without her influence.

I will put up a pattern for an 1830s’ doll’s dress, just as soon as I can make one.  I was hoping to accompany the publication with a pattern here, but have been ill since April so nothing got done.  Starting to be on the mend (thanks NHS!) so will be back with an 1830s’ style dress for a 6″ doll very soon.

I must have been busy going back and forth with my time machine as also out last week – a piece in ‘The Knitter’ about the Land Girls of WW2, and also a pattern for a Land Girl jumper. It’s quite a leap from 1839 to 1939, but somehow I made it.  If you’d like to read more about the life of Land Army or Timber Corps women – or make a 1940s’ style jumper handy for a spot of gardening – check out The Knitter, Issue 112. 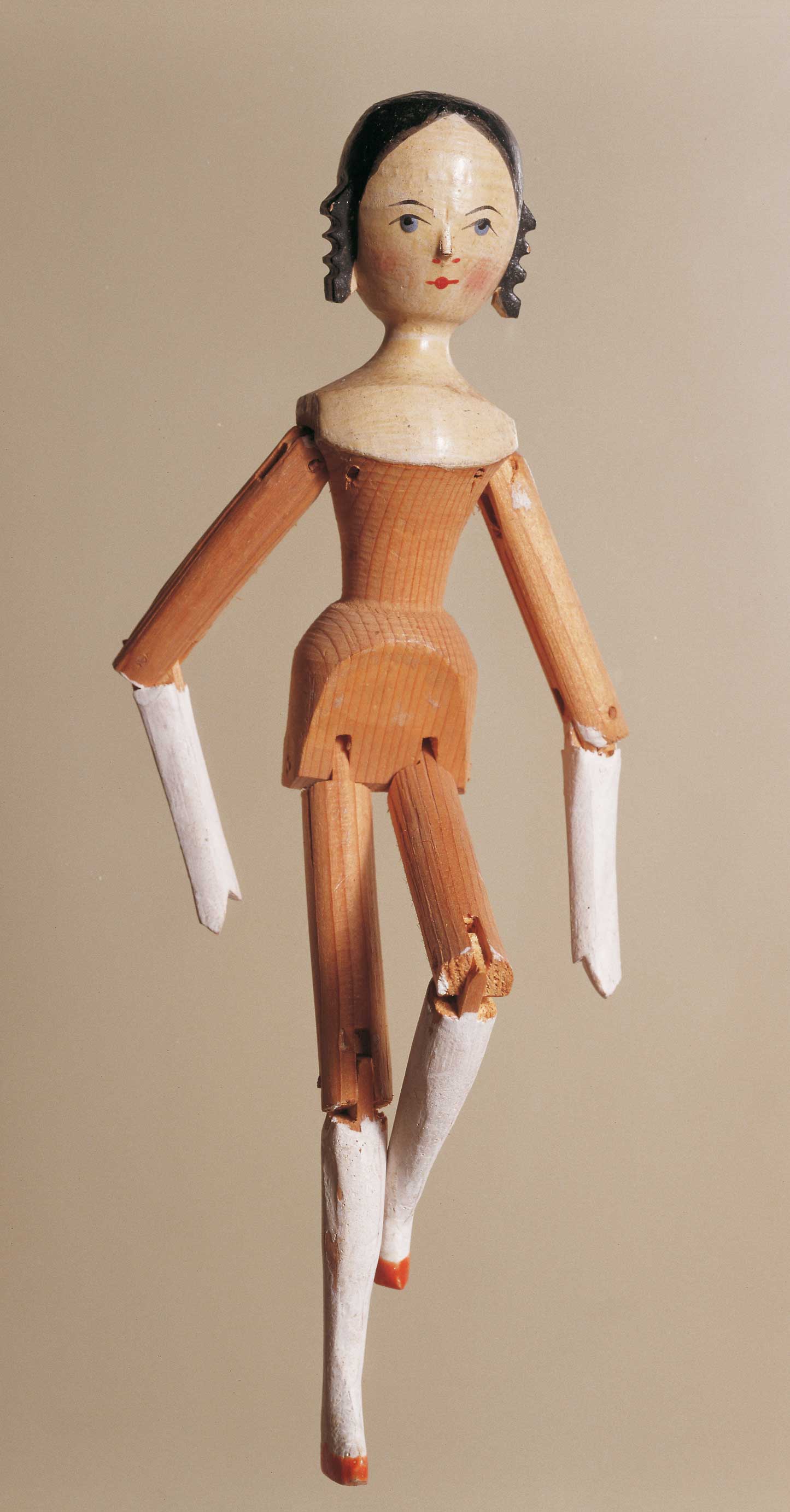 One reply on “Oceans of Needlework”

I’m going to have to pick up both of these magazines, thank you!